While Twitter isn’t the most complex social network, there are a few features and functions you need to know about. Here’s where we run through the basics. More than a glossary but still just a starting point. We encourage you to explore and come up with some other creative ways to use these features.

Optimization tip: You can take advantage of Likes in a number of ways. Here are a few examples:

Taking a Moment for Lists

We’re going to pause here and take a second to appreciate one of Twitter’s hidden gems: Lists. Currently, Lists are a grossly underutilized aspect of the social network as the feature provides a way of segmenting and identifying interest-based groups among a sea of millions of users. Twitter lists can be used to follow the updates of a group of Twitter users organized by topic, category, or other commonality. You can create public or private Twitter lists with up to 500 Twitter users. 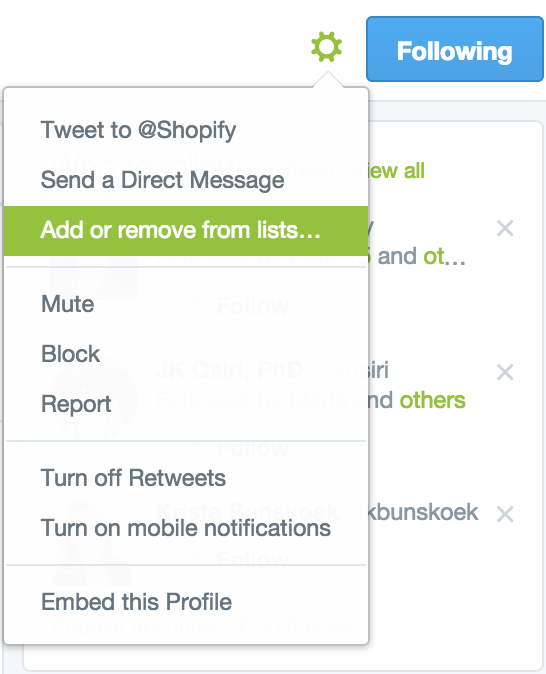 Others can add you to Twitter lists as well. When people visit your profile, they can click on your Lists link to see the lists you follow, and the lists to which you have been added.

Optimization tip: You can use Twitter lists in a number of ways. Here are a few examples: